The Shifting Context of Profit Making

The opioid crisis and the pandemic exposed the dark motivations of the pharmaceutical industry. For those not taken on a ride by the intense propaganda campaign it showed how the power of money is used to protect profit making at the expense of everyone. As the Covid pandemic became endemic, with the Omicron variant inoculating everyone more effectively than the vaccines along with the evidence of suppressing the use of safe and effective early treatments, and endless lies about the virus and the best response, the corporate narrative has fallen apart. This along with large protests against any mandate has caused a shift in focus by the financial state. When all else fails, war is always a ready option, especially if you've invested heavily into demonizing various enemies over the years. So while the mass media focus is shifting from pandemic to war, the for-profit motivation on which all public and corporate policy today is based is swept under the rug as the propaganda ramps up. Greens hope to one day pull the fuel line on this money powered war machine and power up a prosperous world for all.

PART 8 THE MONEY MATRIX: Rockefeller and the Origins of U.S. Pharmaceutical Industry

“When a commercial bank makes a loan contract with a borrower, the bank CREATES the deposit in the borrower’s account.” Have you repeated this fact 15,000 times yet? Private banks CREATE what we use as money. This ‘money power’ can also be called Finance Capitalism or Wall Street, or just the Banks. Those who control this ‘money power,’ have powerfully influenced our entire society. This article will focus specifically on the control of the medical profession.

This control of the banks by wealthy elites goes back to the end of the 19th century, when financial-industrial cartels, run by names like J.P. Morgan, John D. Rockefeller, Andrew Carnegie, etc., used the ‘money power’ to take over the American economy. These financiers created tax-exempt foundations to shield their wealth from taxes but, more importantly, to allow it to grow and grow.

What We Learned in Part 6: Wealthy capitalists funded the germ theory of disease and “scientific” medicine. They did not want to bring attention to the unhealthy effects of their huge industrial systems. The tax-exempt foundations, Carnegie and Rockefeller, stepped in. From 1910 to the 1930s the foundations gave an unprecedented $300 million for medical education and research.

What We Learned in Part 7: After the war, the federal government opened its spigot to the medical industry. However, federal health research continued the focus on the narrowly technical components of disease and death rather than on the broader economic and physical environments so central to the population’s health status.” (1)

The History of the Early Pharmaceutical Industry

The first medicinal drugs came from natural sources – herbs, plants, roots, etc. – starting with the juice of the opium poppy (morphine) used to kill pain, around 3000 BC. However, that all started to change in the middle of the 19th century when German scientists began to dominate the field of analytic and organic chemistry with chemical discoveries. The first synthetic drug, chloral hydrate, was discovered in 1869 and introduced as a sedative-hypnotic.

The first synthetic drugs and the entire pharmaceutical industry can be traced to the manufacture of textiles and synthetic dyes. In this process, the black sticky mass (tar) remaining after distillation of coal under a vacuum provided a rich source of aromatic chemicals.(2) The Friedrich Bayer Co., founded in 1863 in Germany, was one of the first firms to show an interest in pharmaceuticals. It developed and marketed acetanilide from coal-tar as the first fever-reducing drug, Antifebrin. It was a market success. Bayer looked for other chemicals in the waste products from dyeworks. In 1897 the company marketed the first wonder drug, Aspirin, and filed a patent for the discovery – in 1899 in Germany and in 1900 in the U.S.(3)

In 1916 the six largest German chemical companies (several of whom produced pharmaceutical products from coal-tar and other chemical bases) became a combination called I.G. Dyes. Germany lost the war, but her cartel continued to plan ahead. One of the war-time seizures of Germany property was the American Bayer Co, with the Bayer Aspirin trademark as its most valuable asset. The company was offered at public sale in 1918 by the Alien Property Custodian, and was bought for $5,310,000 by Sterling Products. In the fall of 1919, the president of Sterling was in Germany reaching an agreement between the German and American Bayer companies for marketing in South America.

In 1925 and 1926, the huge I.G. Farben succeeded I.G. Dyes, adding five of the larger chemical companies of Germany. A new agreement was made between Farben and Sterling, after Sterling had set up Winthrop Chemical Company to handle Bayer’s drugs in the U.S. market. Farben got 50% of Winthrop’s stock.(4) 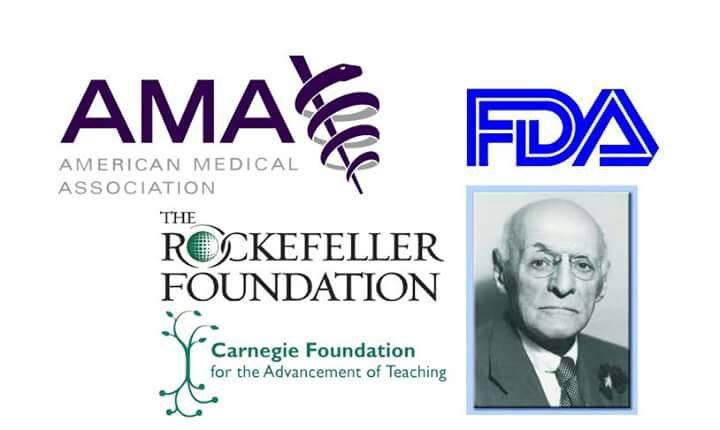 Between 1924 and 1931, Germany borrowed abroad, mainly in the U.S. bond market, about 33 billion marks. These Germany bonds were issued by Wall Street banks and financial houses. These loans from the pockets of the American public allowed Germany to pay its reparations under the Dawes Plan and later the Young Plan. It also brought huge profits for the financiers.(5)

In April, 1929, a new company - American I.G. Farben - was launched by a Wall Street syndicate headed by National City Bank (Rockefeller controlled). The syndicate sold $30 million of 5 ½ percent convertible debentures, oversubscribed in an hour. The prospectus announced the principal, interest, and premium were guaranteed by I.G. Farben. “It was evident that the American I.G. was to be a Farben holding company for its manufacturing subsidiaries in the United States.”(6) The four American directors included:

In 1938, the Securities and Exchange Commission (SEC) investigated American I.G. Farben. Under oath, Teagle stated he did not know who owned the company. He was treated with much respect and his answers accepted. Following is from the testimony.(7)

Schenker [SEC]: Throughout your entire tenure of directorship you say you did not know who the controlling owners of American IG Chemical Corp. were?

Teagle: That is correct.

At the end of World War II, Wendell Berge, Assistant Attorney General of the U.S., warned the American public:

“The end of the war will find us on the threshold of the greatest technical and scientific developments in history. At the outset, we must face frankly the greatest obstacle to making the most of our opportunity. It is the threat of cartel control of major world industries. Unless this threat is … dealt with decisively, our opportunity to realize the great potential benefits of a free economy will be lost … the hope of maintaining democratic political institutions will be seriously impaired.”(8)

During the second half of the 20th century, “the pharmaceutical industry overtook the petrochemical industry to become the largest and most profitable industry on earth … The only other industry that comes close to this level of wealth generation is the world of international finance.”(9) 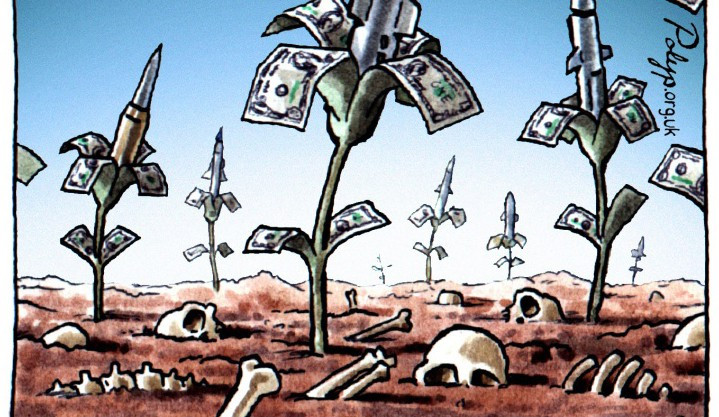 The Incentive for War

As soon as the pandemic narrative fell apart a new profitable cause needed to be brought forward and they've had this war in the Ukraine in the wings for a while now. So while others can cover the details of who did what to whom, I thought it a good time to share this article written in March of last year on the Incentive for War.

The justifications for war, as we have all learned, are often fraudulent constructs designed to instill fear and demonize the targeted enemy. The mass media, run by the military intelligence community, projects this onto society to manufacture consent for war. The incentive for war however is as it has been for hundreds of years, enormous profits. I shared a number of links on this calling attention to two of them; a research paper by NY committee member Sue Peters titled Debt Drives War, War Drives Debt. Her paper covers the relevant history and how the system works. The other an article by Christian Sorensen titled Who Are the Ultimate War Profiteers? U.S. Air Force Veteran Removes the Veil, exposing the corporations through which the war profits flow to the financial industry.

All this should help the peace and social justice movements to clearly articulate their demand for democratic governance. We envision an emancipatory, non-violent, democratic movement with clearly defined goals leveraging systemic change by targeting authorities who control institutional policy while educating on tactics, strategies, and goals and expanding constituencies.

There is a parallel to the civil rights movement beginning with the end of the Civil War we might call the Greenback Movements, Farmers Alliance, People’s Party etc. These movements failed to attain their goal of a public monetary system that would support broad based prosperity over concentrated wealth. Money is a social power now in the hands of war-mongering authoritarians. A movement is beginning to build that should be sweeping up a diversity of constituencies united for a just money system. Money is power which is why it must be a public function for public care, not a private one for private profits. 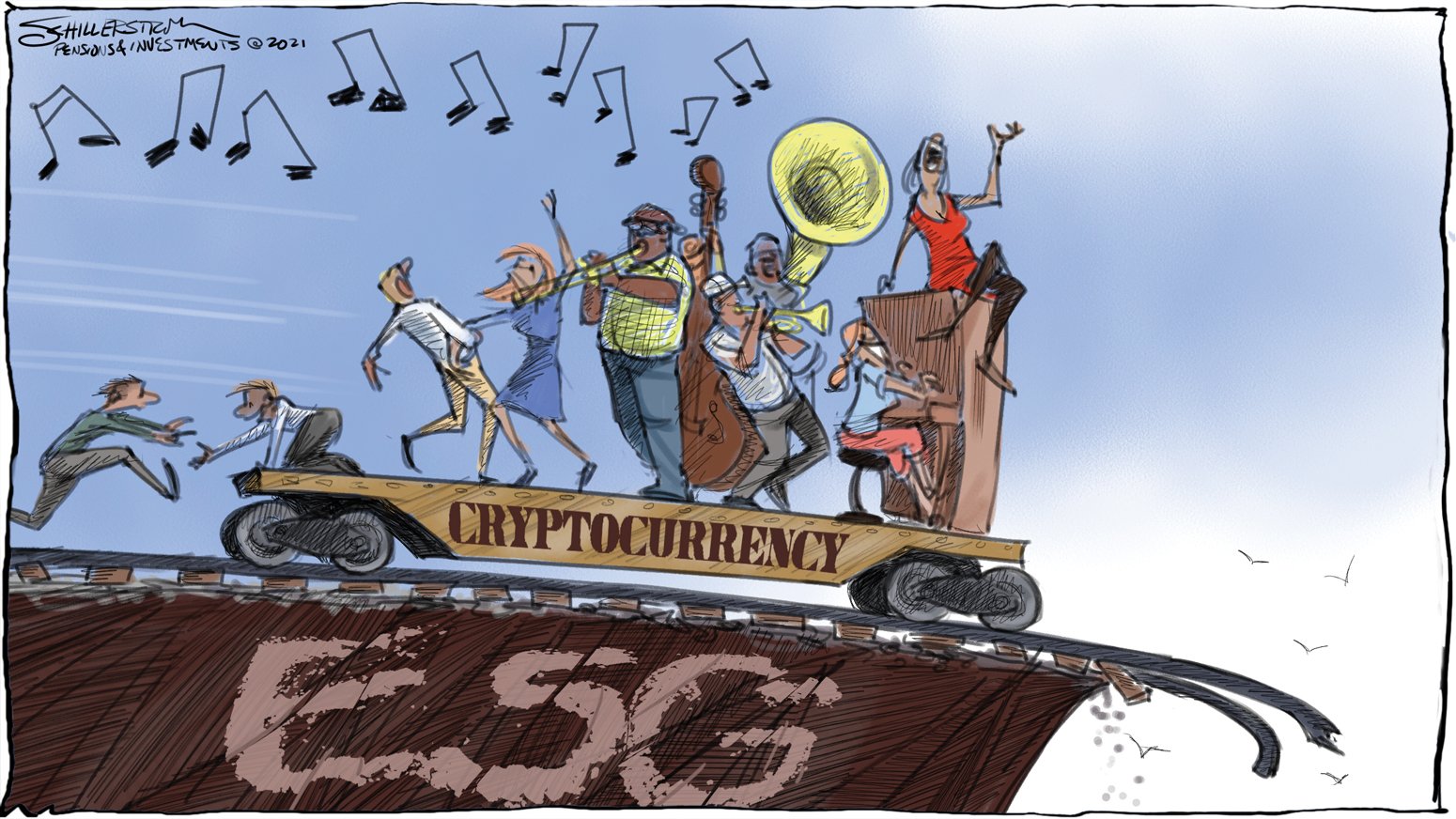 Finally, for those of you who still have questions or are somehow enamored with cryptocurrency, here we are sharing a link to an article from Jacobin magazine titled Cryptocurrency Is a Giant Ponzi Scheme by Sohale Andrus Mortazavi, who writes, “Cryptocurrency is not merely a bad investment or speculative bubble. It’s worse than that: it’s a full-on fraud.” The BMRC has discussed this a number of times and come to very much to the same conclusion. See the article for the fascinating details. The author discusses the cryptocurrency scam in this video episode of Scam Economy.