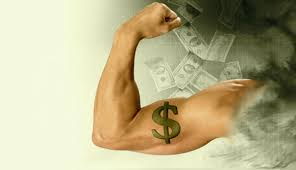 Open letter to Green Party candidates: The Power of Money

The Green Party’s Banking and Monetary Reform Committee (BMRC) wishes to be a resource for all 2020 Green Party candidates seeking a deeper and more critical understanding of the current Federal Reserve monetary system. We believe understanding monetary policy is essential to understanding many of the nation’s (and the world’s) problems—social, environmental and economic.

We encourage you to read our committee website, GreensForMonetaryReform.org. This site explains simply the problem with our current monetary system and the solution, Greening the Dollar, found in our national platform.

Money is a form of power. The 1% have money and therefore power. They rule. How did they get all this money and power?

The 99% have lots of debt, which can be an oppressive burden. They do not rule. How were we burdened with so much debt?

One of the most important sources of power in the whole world is the legal power given to commercial banks, by the Federal Reserve Law, passed by Congress in December, 1913. In this system, all money comes into our economy as an asset to the bank. At the same time, this new money is a debt to the people. Shocking? Absolutely.

Another example: The U.S. Treasury auctions off Treasury bonds to fund the government. A Primary Dealer bank (a commercial bank specially authorized to buy bonds directly from the US Treasury) buys some Treasury bonds in the auction. The Primary Dealer, say J.P. Morgan Chase Bank, buys the Treasury bonds (an asset) and pays for them by creating bank credit in the Treasury’s bank account. J.P. Morgan Chase has the asset; the government (the people) have a debt. The bank has gained power; the people have lost power.

The examples are endless. The rule—every time a private commercial bank makes a loan, all it is doing is creating the deposit in the account of the borrower. The borrower needs to return the loan with interest. The bank owns an asset—the loan agreement—and gains the interest payments from the borrower.

The Design of the Monetary System

The rules of banking, set forth in the Federal Reserve Law, determine the system. The system is structured to gain assets and power for the banks, and diminish the power of the people, governments, and businesses, who borrow.

The system is designed to work for the 1% and weaken the power of the 99%.

This system drives the vast and constantly-increasing inequality of income and ownership in our country, the financial sector’s capture of elected officials through campaign contributions, and increasing homelessness and poverty.

The system is the exploitation of the many by the few and, if left in place, will continue producing the same results regardless of the individuals elected or appointed to run it. It must be abolished for our nation to survive.

Greening the Dollar in the Green Party’s platform describes the solution. This plank represents a law introduced into Congress by Representative Dennis Kucinich in 2011, called the NEED Act. National Emergency Employment Defense Act.

There are three things that have to change for this system of bank exploitation to be ended, and a just monetary system take its place:

Invitation to Speak with the BMRC

We are encouraging all Green Party candidates to contact the BMRC and attend one of our weekly meetings. The BMRC wants to reach out and speak to each candidate, discussing how this issue of monetary reform could add to your campaign platform. Please contact us.

“Credit card companies are quietly raising (credit) limits on subprime & other borrowers.” (Bloomberg Business Week, 1-27-20). When unrequested, such credit increases are outlawed in countries like Australia.

With US credit card interest rates reaching the highest level in 20 years, US card companies pulled in $179 billion from interest, fees, penalties & cash advances. Including fees, this means US consumers are paying an effective interest rate of 20.3% on their credit card balances. The article also states credit card holders on average pay about $25 a month for every $1,250 in outstanding debt. This works out to a 24% effective interest rate per year. (The Bloomberg article did not calculate these percentages, probably because 20.3% & 24% are clearly a giant ripoff & usurious. This means most people will never get out of credit card debt slavery. More than ever, Americans need to escape Wall St creation of MONEY AS DEBT. Greening the Dollar in the US Green Party platform would be a big step toward this goal.

US Credit card borrowers who are at least 90 days past due is expected to reach the highest level this year since 2010. After 10 years, a Recession/Crash is overdue & yet the banks are enlarging credit lines, even when not requested.

THIS BANK RECKLESSNESS SMELLS LIKE 2007 BEFORE THE LAST CRASH. 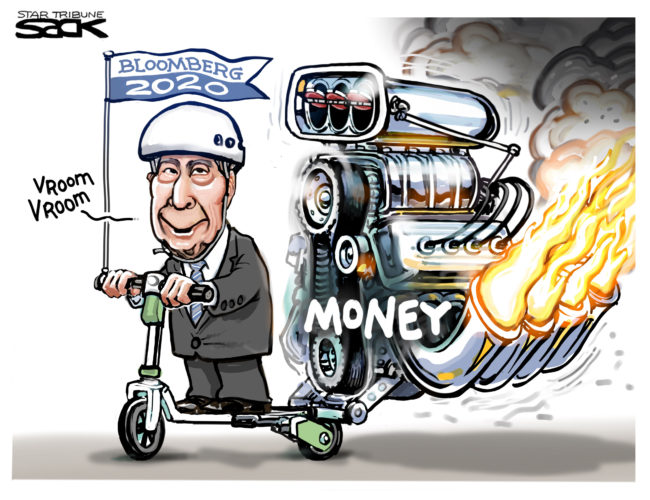 MICHAEL BLOOMBERG: PINCH HITTER FOR THE 1% AS THEY FEAR APPROACHING RECESSION/CRASH & A WEALTH TAX

Since the deep financial crash of 2008, the US economy has been in an upswing. The smart, Wall St Money, with cash held in reserve, jumped into the stock market upswing as early as summer 2009, while the rest of us faced job losses, foreclosures, underwater mortgages and the stress of barely getting by. Median US household wealth fell from $107,000 (2007) to $58,000 (2010). Compare this to average household wealth (which emphasizes the high incomes): $563,000 (2007) falling to $463,000 (2010). It is a typical picture across decades of an economic system that rests upon money created by bankers for bankers. Working and poor people are in the first group seeing our wealth decline by almost half, while economic elites lost only about 18%. (Data from IRS crunched by Zucman & Saez at Berkeley). [Read more]

THE HISTORY OF BMRC COMMITTEE

In the fall of 2018, a group of Greens decided to form a new standing committee of the GPUS, titled the Banking & Monetary Reform Committee (BMRC).

An attempt had just been made, by a platform amendment, to remove ‘Greening the Dollar’ from the national platform. However, these Greens understood the importance of ‘Greening the Dollar’, based on the careful research of monetary history presented in the 2002 groundbreaking book, The Lost Science of Money, by Stephen Zarlenga. The Lost Science of Money keeps alive, in public consciousness, the fact that our money is privately created, and the primary importance of taking back this power into public control. Stephen Zarlenga founded the American Monetary Institute (AMI), which helped Representative Dennis Kucinich write the NEED ACT, which stands for the National Emergency Employment Act. Greening the Dollar in the GPUS platform includes the principles of monetary reform presented to Congress in 2011 in the NEED ACT. 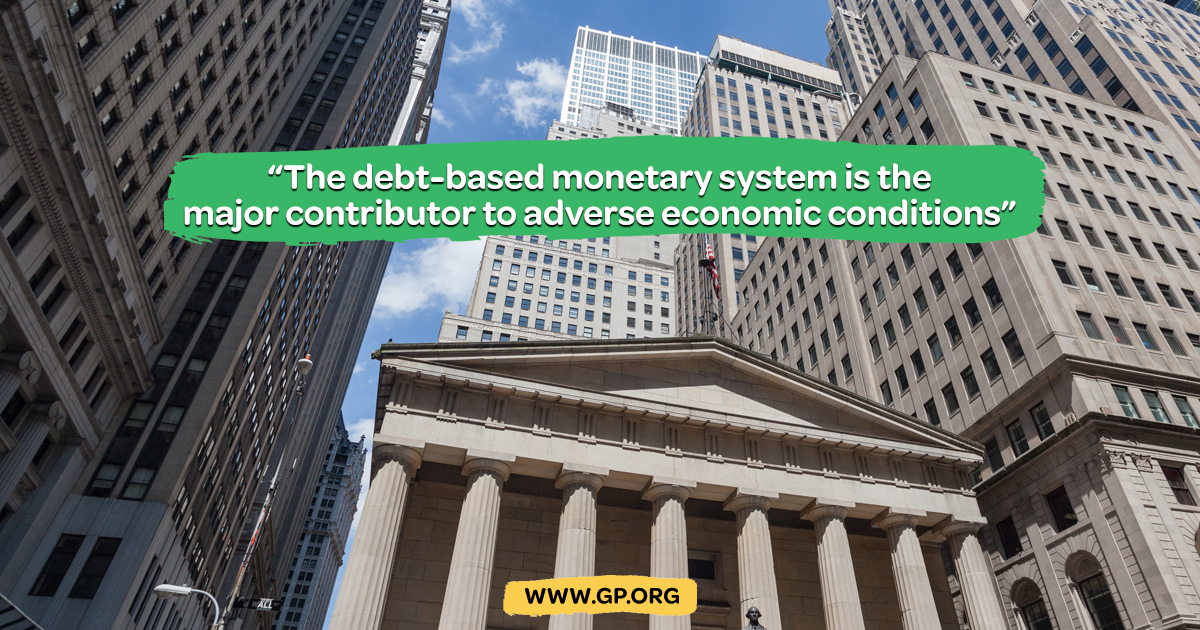 These ‘Greening the Dollar’ Greens wrote a mission statement and submitted it for approval to the national party. During the National Committee’s discussions about the creation of this committee, Rita Jacobs, a member from Michigan, wrote:

I made it a point of studying the present monetary system after I retired. During the discussion concerning those amendments I became acquainted with a few others who were knowledgeable and made sense. I realized that [there] were only a very few members of the National Committee who understood the present system and understood a need for reform. As a result of that experience, I suggested to those few that engaged in the debate that we form a committee on Banking and Monetary Reform. And that has led us to the current proposal to the National Committee.

Our committee is deeply appreciative to Rita for her foresight and caring.

On December 2, 2018, the Mission Statement was approved by the National Committee:

The Banking and Monetary Reform Committee will

The BMRC was not official until it had members from 5 state parties and caucuses, and its Committee Rules approved by the National Committee.

The fledgling committee posted an invite on the gp.org main news page. The invite had a wonderful picture of the New York Federal Reserve Bank amidst the Wall Street skyscrapers, along with a quote about debt-money: “The debt-based monetary system is the major contributor to adverse economic conditions.” It can be viewed here: GP Banking & Monetary Reform Committee By January 24, 2019, the BMRC had 5 state members approved by state parties: MI TN TX NY KS.

The committee had already been writing the rules, as well as writing educational materials. The rules were voted on by the National Committee in February and approved on March 3, 2019.

The BMRC was fully BORN!